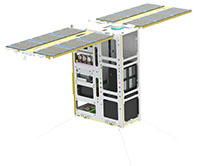 X-ray polarimetry in the energy band of a few keV is argued to be a powerful and sometimes unique tool in diagnosing the magnetic field, geometry, and emission mechanism in astrophysics. However, due to technical difficulties, it had not been unexplored for more than 40 years until 2019. A new technique for sensitive X-ray polarimetry was invented by scientists in Italy in 2001. In collaboration with them, we launched a CubeSat X-ray polarimeter called PolarLight in October of 2018 as the first demonstration of the new technique in space. With the first-year data, X-ray polarization from the Crab nebula was re-detected, suggesting that the window is re-opened after 40 years. Plus, we also revealed a possible variation of the polarization signal associated with the glitch of the Crab pulsar. In 2020, we will launch PolarLight-II to continue the experiment. In the meanwhile, we are participating in a future large X-ray observatory, the enhanced X-ray Timing and Polarimetry (eXTP), which is expected to launch around 2027.