Are substructures in different components of protoplanetary disks correlated? 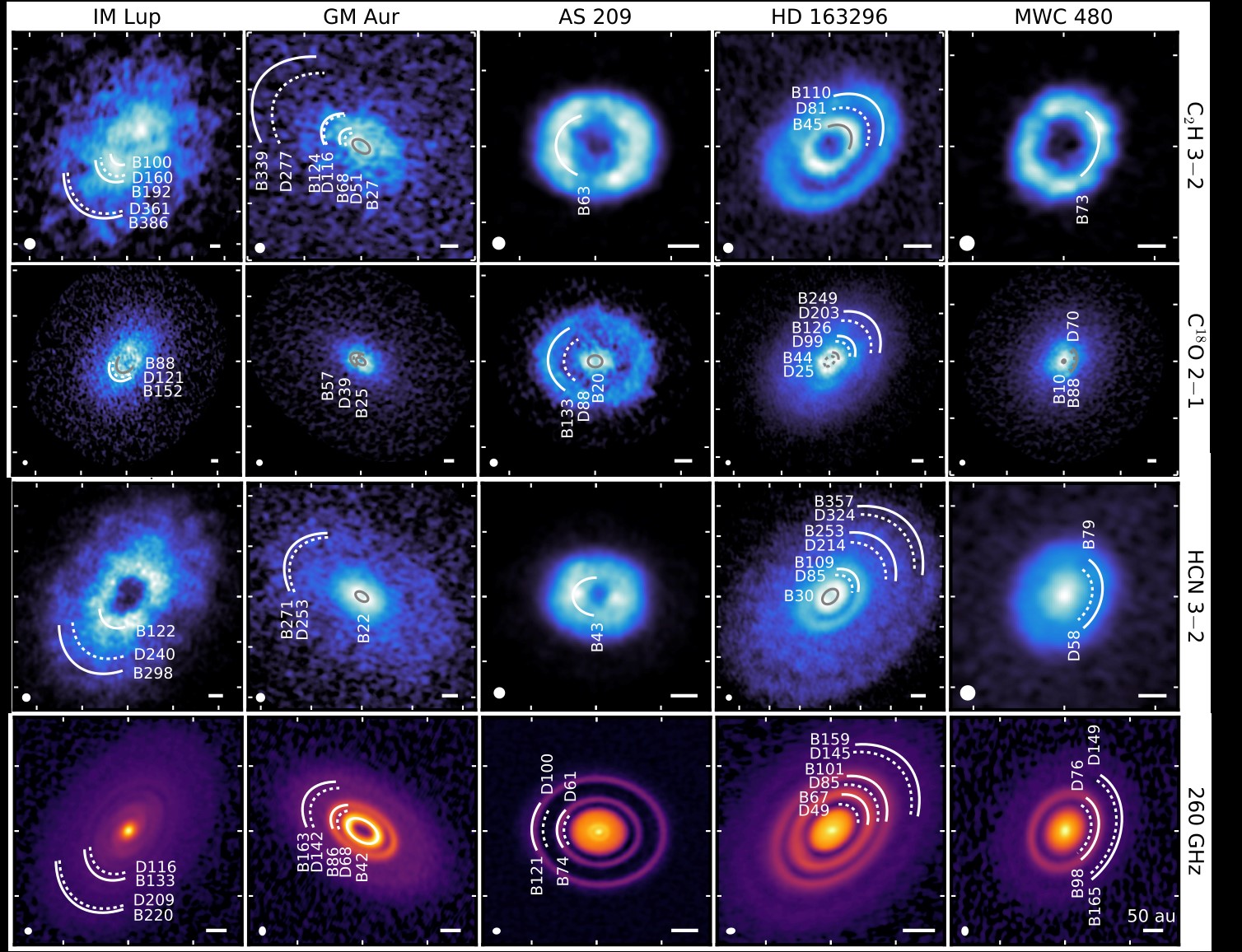 It is commonly believed that planets form in disks surrounding young stars, but how exactly this happens remains an outstanding question. In recent years, astronomers have made great strides in directly observing protoplanetary disks using the Atacama Large Millimeter/submillimeter Array (ALMA), located in the Atacama Desert of Northern Chile. By observing separately the emission from millimeter-sized dust particles and molecular gas, astronomers find plenty of substructures---mostly in the forms of gaps and rings along the radial direction---in both dust and gas. In some disks, the two components show substructures at the same locations. Previous studies argued that these spatially overlapping substructures are casually linked and that the primary suspect is a nearby forming planet.

In a paper appearing in the Astrophysical Journal Letters, researchers from the Department of Astronomy (DoA) at Tsinghua University pointed out that the spatially overlapping substructures in dust and molecular gas could be well explained by random pairings. Substructures are so common, in both dust and molecular gas observations of protoplanetary disks, that any randomly placed substructure in one component is likely to overlap with a substantial fraction of substructures in the other component. Therefore, no causal link is necessarily present between overlapping substructures.

The emergence of substructures in the two components may thus require different explanations. This is in stark difference from the expectation of a popular theory that forming planets are associated with the observed substructures. By redistributing both the gas and dust in its vicinity, a forming planet produces concurrent substructures in both components. However, this concurrency does not hold up to the statistical test based on observed data, as the new study shows. Therefore, planets are likely not responsible for (most of) the observed substructures.

This work is led by a third-year graduate student Haochang Jiang. Other coauthors are DoA Profs. Chris Ormel and Wei Zhu.